I Feel I'm Being Bullied by My Timeshare Resort. What Can I Do? 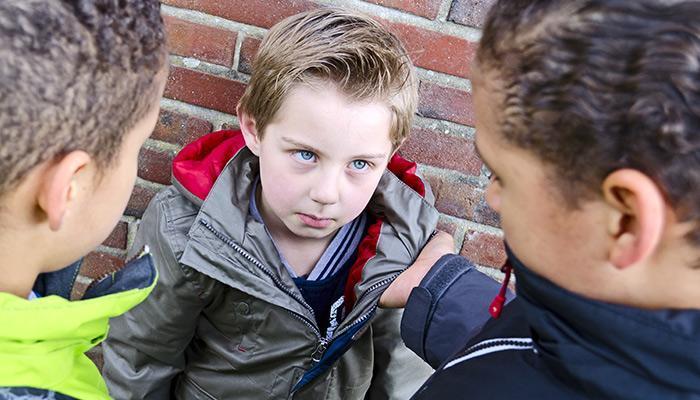 Timeshare companies often seem like enormous, faceless monoliths. After the initial same-day “see and sell” transaction – in which you’re likely to speak to not one but a whole team of smiling, smooth-talking, and very insistent sales personnel – it sometimes seems as though people disappear from the process altogether, replaced by telephone numbers, web portals, and letters printed on official company stationery.

So where can consumers turn when they have real complaints, fears, or concerns about their steadily rising maintenance fees; their opportunities to use or exchange points within an often-confusing system; or their ability to resell their timeshare on the secondary market, or even just to somehow cancel or exit their obligation without getting the runaround?

In other words, many major resort developers have adopted practices that put lots of burdensome financial and social weight on “the little guy,” without giving him or her adequate recourse to address those issues in turn. When you feel silenced, minimized, or even bullied, where do you go for help?

First and foremost, many are likely to turn to their timeshare owners’ association, sometimes called a property owners’ association. In any case, this group – as empowered by its Board of Directors – is supposed to act as a sort-of governing body for the resort, representing owners’ interests, apportioning maintenance fees and other assessments, and paying the service providers who keep the resort operational.

In many instances, these associations are little more than figureheads put in place to appease owners; they often have little operational power when it comes to things like maintenance fees, which are often dictated instead by developer-controlled management companies by means of extensive contracts. Methods like these allow the developer to largely continue to operate the resort per its own directives, bypassing any chance of interference from the resort’s “actual owners.”

Our own Michael Finn wrote an excellent piece on just this matter, ultimately concluding that:

“…to suggest that the elected Board of Directors of a resort association set up by a major developer has any power to change anything within the resort or its operation is a vast exaggeration. The Board is essentially a puppet organization, window dressing, as it were, rubber stamping the developer’s continuing operation and control of the resort via their related management company.

So that’s one avenue for recourse narrowed down. Where might a consumer turn next? Might the internet have some tips or tricks for dealing with a resort, or else to find an alternative, such as resale?

It’s important to remember to take anything you read on a timeshare chatroom or message board with more than a few grains of salt; under the guise of anonymity, people can be motivated to lie or mislead for fun or profit. Even someone posting with positive intentions can’t be trusted completely; there’s no guarantee that the tactics that worked for them could ever be replicated again. And, as we’ve written about time and again, the internet can be a breeding ground for scammers and schemers looking to make a quick buck off of consumers eager to be free of their resort obligation; dig around for timeshare relief and you’re certain to see plenty of offers that seem too good to be true – because they are.

Feel like you’re at the end of the road and resigned to accepting whatever gets dished out at you? Don’t give up hope! We’re here to help.

Our team of timeshare cancellation experts have developed a significant focus – and significant success – on representing individuals in cases where a consumer dispute appears to be at an impasse and legal assistance is required to resolve the dispute or litigate the issue. We seek to assist our clients with timeshare cancellation through a combination of direct resort negotiation, state and regulatory filings, and litigation.

We’ve long maintained that hiring an attorney is the surest means of successfully negotiating with a resort developer; not only does having a qualified legal professional on your side grant you leverage and avenues for dispute above and beyond those available to the “little guy” going up against Goliath alone, but retaining a lawyer also offers certain protections, such as temporary relief from contact from debt collectors under FDCPA.

Attorneys also have networks and connections at their disposal, offering you access to resources and options that the average consumer may not know about or overlook. Here at Finn Law, for instance, we’ve connected frustrated timeshare consumers with the National Timeshare Owners’ Association (NTOA), which offers resort mediation assistance with cooperative developers for lesser, non-legal issues, if called for.

The most important thing to remember? No matter how much it feels like it, you’re not alone! Don’t let the obfuscating, confusing, or frustrating tactics employed by development companies make you feel powerless. Attorneys, organizations like NTOA, and government and private bureaus like the BBB, state and local consumer protection agencies, and your attorney general, are here to help.

Avail yourselves of all possible avenues of dispute, keep your head high, and fight the good fight.