Timeshare Cool Off Period Once Again in Spotlight 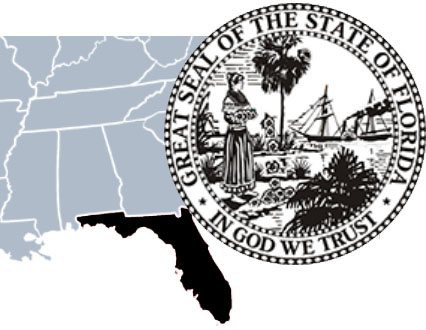 Timeshare legislation in Florida appears to be in full swing again. Two timeshare bills have already been filed and are making their way through the various sub-committees in both the Florida State House and Senate. SB1132 and HB575 were each drafted by the timeshare industry in support of the sponsors of the bills.

Filed by Senator Joe Gruter. This bill is a redo of SB1358 (2021) which failed in committee after the Orlando Sentinel published an article “Timeshare bill could cost Florida counties, cities and schools $170 million in property taxes.”

The new 2022 bill if enacted into law, would change the way timeshare resort property intervals are taxed by country appraisers, specifically taking into consideration a “reasonable” amount of resales. Osceola County Property Appraiser Katrina Scarborough was against the bill last year. At issue is to what extent timeshare resales, where an individual owner resells their timeshare to someone else, should be used by appraisers to valuate resorts. Scarborough told the Sentinel that;

“In researching those sales, we find that most of the time — actually the vast majority of the time — the timeshare owner is wanting to dump it. They’re selling them off eBay to the highest bidder, they’re going to a third-party timeshare resale (company that purchases) them for pennies on the dollar,” Scarborough said. “Most of them, I would say 99% of the sales, are distressed.”

The county appraiser backed up the statement further by stating that “there usually aren’t enough legitimate resales to use as comparable sales.”  The average selling price for the timeshare resales was only $599 in Osceola County. We point to a recent Finn Law Group blog on the subject of resales in the secondary market.

Filed by Representative Stan McClain, the bill outlines a number of revisions to Florida Statute 721. The legal structure of timeshare and definitions has changed significantly from what once was sold as a single site deeded ownership model to a multi-site points membership program. The bill has raised concerns from consumer protection groups on delivery of the public offering statement (POS). Want a short cut to understanding how this timeshare bill changes the Florida statute?
Read the House Staff Analysis on Timeshare Bill HB575.

Prior to the current legislative session starting, an article written by Drew Wilson at Florida Politics covered the launch of a consumer awareness campaign called “Timeshare Nightmares.” The program was created by the Florida Alliance for Consumers and Taxpayers, a non-profit organization. The (FACT) campaign’s educational effort to make potential timeshare purchasers aware of certain timeshare sales practices included a consumer survey which was recently conducted between January 13-15th, 2022.
FACT Timeshare Survey Message:

“Floridians overwhelmingly want the Legislature to enact a 24-hour cooling off period before consumers can sign a timeshare contract.”

The organization told the Capitalist that the (cooling off) measure would address those concerns and is under active consideration by Florida lawmakers in the 2022 legislative session. The FACT Timeshare Survey included an interview with Sha’Ron James, a representative of FACT. James said that the, “The Legislature has the opportunity to address this widespread problem with a simple, small, common sense solution – 24 hours to sleep on it before signing a contract.” and “that at least gives consumers a chance to get away from a high-pressure sales pitch and speak with someone they trust.”

While HB575 still has a long way to go before it reaches the governor’s desk, the timeshare lobby arm is likely to object to a “Cooling Off” amendment, as timeshares are sold in a “Today Only” offering. If such a provision were to be amended and passed into law, timeshare developers would be required to completely restructure their sales and marketing programs along with their sales culture. In the past, consumer protection measures like this have been quickly been defeated in the U.S.

Stay up to date on timeshare legislation with our consumer watch blog and social media posts.

Michael D. Finn is the founder of the Finn Law Group and has been a practicing attorney for over 50 years. With a specialty in real estate and timeshare law, Mike has been interviewed by major media outlets and is widely considered an expert in the field. This blog is intended for informational use only and is not intended as legal guidance. To speak with Mr. Finn, contact Finn Law Group at 727-214-0700.