Why Are My Timeshare Resort Fees So High? 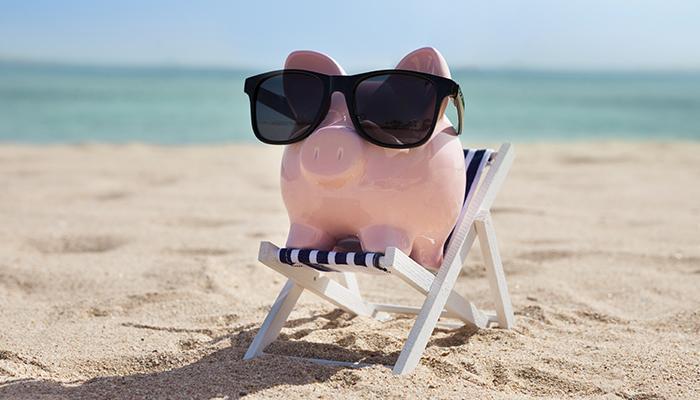 Annual maintenance fees are part and parcel of timeshare ownership, yet they are also one of the primary factors driving people away from the industry. Indeed, according to the AIF Owner’s Study 2016, a survey of timeshare owners, 66% of consumers cited high maintenance fees as a reasons for wanting to exit their timeshare obligation; 46% of surveyed owners listed it as their “most important” reason for wanting to walk away.

The frustration with maintenance fees is really two-fold. On the one hand, many timeshare owners feel exasperated with having to pay these fees in the first place, particularly considering that most only use their timeshare interest once a year (if they take advantage of it at all), and plenty of others exchange their timeshare points to travel to different resorts, rather than using the “home” resort for which they ostensibly bought their interest and continue to pay fees.

What’s more, many question where these fees go. Who are you paying them to, and to what end? And why do they tend to increase, year after year?

That brings us to the second point of dispute: Many timeshare owners feel trapped and unfairly burdened by their maintenance fees, which do, indeed, tend to rise continuously, with no cap or ceiling, regardless of the state of the economy and largely out of step with the rate of inflation. We’ve looked at the history of maintenance fees before, and we’ve heard countless stories of consumers who feel confounded by the steep climb of their annual maintenance fees – and the lack of options they have for contesting or raising any concerns about those fees.

In many ways, these two issues – the steep climb of maintenance fees, and the obfuscation inherent in attempting to investigate or dispute them – are interrelated. Both are tied up in the matter of who manages your resort property, and who is ostensibly charged with overseeing and keeping these managers in line.

Why are your maintenance fees so high? The short answer is, simply, a lack of oversight, one that is essentially codified into the modern timeshare resort system.

For the longer answer, it’s important to understand exactly how the “chain of command” for your resort operates. Today, a relatively high percentage of the shared vacation ownership industry is consolidated among a handful of chain operators, most of which operate their own subsidiary management companies within their existing corporate structures.

Now, resorts also feature a property owners’ association, run by a board of directors. This association is tasked with overseeing the operation of the resort property on behalf of the resort’s so-called actual owners (i.e., the consumers).

In many ways, in the current points-based or right-to-use model for timeshare ownership, the existence of a board is simply a way to continue justifying the paying of maintenance fees, creating an appearance of owner-based empowerment for resort properties that are not really owned by individuals at all. That is to say that, in many ways, property owners’ associations are but “paper tigers,” empty symbols from a bygone era of resort oversight who today lack substantive power or managerial significance.

You see, the rise of the “in-house” management firm, mentioned above, essentially negated the power of the board. Compelled by stringent contracts to retain the services of the developer-approved management company, the board and its directors are hamstrung, locked into a contract – often for years and years – with the manager’s internal subsidiary, rather than an independent management company (a few of which still exist). This management company – which, again, essentially acts as second revenue stream for the developer – assumes all operational duties, circumnavigating the powers of the owners: In this way, the management company becomes responsible for proposing the budget, assessing members for fees, hiring all professionals and personnel, and carrying out billing and collection duties.

Operating (correctly) under the premise that they are largely free of oversight and possible recrimination, management companies do what they wish. Our own Michael Finn has reviewed several management agreements involving management companies owned and operated by the resort developer, and has noted that:

“…management fees are often not based upon the value of management services rendered, but instead computed as a percentage of association monies expended on maintenance and other budgetary expenses. In other words, rather than management fees being determined from a basis capable of measurement, such as services rendered on an hourly-rate basis, they are instead based upon the total amount of actual expenditures.”

That is to say that, with their privileged position systematized and all but untouchable, management companies actually have no incentive to cut down on spending; the more they spend on operations, the more they can charge in management fees, which then gets passed down to the timeshare consumer – the essential but largely powerless “actual owner” of the resort – in the form of a higher maintenance fee.

So, we ask again, why are fees for your resort so high? You can likely thank the for-profit, developer-subsidiary management company, which boasts unfettered control of resort spending without oversight or a system of checks and balances.