What Does the Future of the Timeshare Industry Look Like? 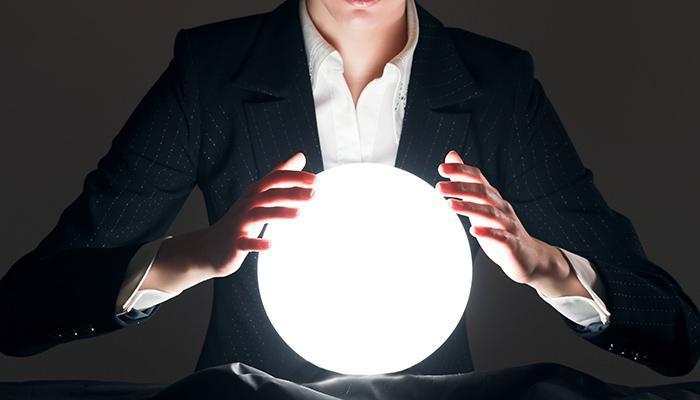 What does the future hold for the timeshare industry? Innovation, or regression? Profits, or peril?

Ask ten different people with working knowledge of shared vacation ownership, and you may well get ten different answers. But that doesn’t change the fact that the questions themselves are worth asking. So, let’s take a stab:

What might the future hold for the timeshare industry in the next five or ten years?

On the one hand, it’s important to consider some numbers, because they –  superficially, at least – point to one potential future for the industry: steady, sustained growth. ARDA International Foundation’s (AIF) reporting suggests that the timeshare industry’s revenue has climbed just about every year since the mid-70s (with the only exceptions coming during the financial crisis of 2008/2009), and recently coming in at highs of more than $8 billion.

There’s also the matter of who owns timeshares. On the whole, those who are buying and keeping their interests tend to be fairly diverse, and relatively affluent: ARDA reports that 63% of timeshare owners have a college degree and 61% are employed full-time, and that 84% of timeshare owners also own their own home. There are also quite a few of them, overall; according to ARDA, there are about 9.2 million households in the U.S. that own a timeshare.

And, what’s more, there is also evidence that supports the idea that long-term, experienced timeshare owners are happy with their interests; seven out of ten experienced owners would recommend timeshare ownership, and 48% of current owners plan to buy or upgrade a timeshare in the next few years, according to ARDA.

But therein lies the rub. Many critics of the industry would point to those last two statistics as cause not for celebration, but for trepidation. As Robert Shaw notes in his recent piece “Does Timeshare Need A New Act To Attract Millennial Buyers?”:

“…if you look closely at recent public filings, it appears that this growth may have been largely on the backs of the respective company’s existing owner base.”

According to Shaw, at least three major timeshare resort developers reported in 2015 that more than 60% of their sales were to existing owners. That’s an enormous number – particularly when you consider that the pool of consumers in question may not be sustainable, with ARDA itself reporting that the average age for a timeshare owner is 47.

In other words, this is a group that is only going to grow older; if the industry can’t broaden its appeal to reach younger buyers, its long-term health may be less sure than its PR is suggesting. In fact, it may just be a financial “ticking time bomb,” as a recent piece over at investment blog SeekingAlpha suggested.

We highlighted that article’s prognostications in some depth here, but its points are well worth remembering – namely, that high rates of customer dissatisfaction, the prevalence of scams associated with the industry, and an outdated business model don’t a healthy future make. Taken together, all of these point to an industry that is built on somewhat of a hill of sand, which could well come sliding down at a moment’s notice.

You could point to any number of anecdotes or statistics to illustrate consumer dissatisfaction, for instance: You may well look at rescission rates, which, according to a speaker at an ARDA conference, hover around 15%, with 85% of all buyers stating that they quickly come to regret their purchase, citing reasons including “money, fear, confusion, intimidation, and distrust.”

Can you look at numbers like those and honestly claim that you’re confident that this a business model with a sustainable future? As an investor on the outside looking in, would you really be excited to put your money toward a business model that actively alienates its customers, causing them to feel distrust and anxiety about their decision to make a purchase?

ARDA and other timeshare industry advocates and spokespeople are aware of the need to attempt to bring in younger consumers; ARDA published its own exhaustive “Next Gen” report, for instance, highlighting the factors that matter most to millennials with regard to the industry, which include cost, ease of exchange, and exit strategies.

But can the industry make the substantive changes necessary to really change how millennials view these factors? How can a model reliant on ever-increasing annual fees compete with the low-cost, low-commitment process of finding a vacation online? How can a model reliant on complicated, lifetime ownership with no clear aftermarket or exit route compete with the ease of a one-time, short-term vacation rental?

The long and short of it is that without meaningful, cultural changes… it can’t. And that should worry those whose future is staked to the timeshare industry.

Resort developers offer a legitimate product with real advantages for consumers; returning to that truth – and emphasizing customer experience over sheer profit, or value and transparency over obfuscation and gamesmanship – may be the only long-term path forward for the industry.

We’ll leave you with some sobering words from Michael Finn himself:

“Timeshare developers should take a hard look at themselves and their industry. Take pride, not just profit, from making family vacations an affordable part of the American lifestyle by opening up that opportunity to even more folks.”