What Happens If My Timeshare Resort Suffers Damage? 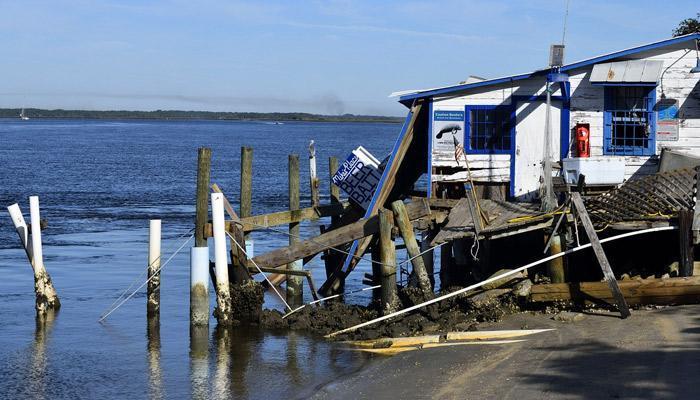 None of us ever want to believe that a natural disaster will affect us personally – but, to badly paraphrase Shakespeare, thinking alone will not make it so.

The reality is that many thousands of people, in this country and around the world, suffer through horrible and unpredictable weather events every single day, including earthquakes, wildfires, tornadoes, and hurricanes. Being based in Florida ourselves, we know firsthand just how devastating the searing winds and heavy rains of a hurricane or tropical storm can be.

Another grim reality? Many, many timeshare resorts are located in areas where terrible storms and other “acts of God” happen with some frequency, such as Florida or the Caribbean – both of which have suffered extensively this hurricane season.

As business owners and locals rebuild and recover in the face of a cataclysmic storm or other disastrous event, timeshare owners looking on from spots across the country have their own unique worry: Namely, how they will be affected if their “home” timeshare resort suffered major damage.

There is a lot to unpack here! In our experience, though, timeshare consumers who are worried about their resort are predominately concerned with two things – how their ability to make reservations will be affected, and whether they can expect to pay more in assessments and fees.

To the first point, it is quite likely that your ability to use a timeshare resort may be affected by damage. Facing a loss of property or a labor shortage (as employees stay home for their own safety), many resorts may well be forced to close or suspend service temporarily, affecting the plans of those who already had reservations or who were planning on making them.

Resorts will have to handle circumstances like these on a case-by-case basis; if you have any concerns about your ability to use a week or are curious about how to seek out a refund, your best bet may be to get in contact with your resort’s overseeing management company, who may be able to give you clearer guidance on booking matters.

That brings us to the second major issue that concerns many consumers: Whether or not they’ll feel the effects of a storm or other natural disaster in their pocketbook. As with reservations, assessments and fees for repair costs will vary from resort to resort, based on the unique circumstances at play.

Certainly, though, timeshare consumers would be wise to remember the words of the Orlando Sentinel’s Caitlin Dineen, who notes:

“In some cases, owners could be asked to pay fees to offset repair costs if some damages don’t meet insurance thresholds or there are large deductibles that need to be met first.”

Let’s expand upon that. Should a resort be damaged, the bulk of the costs of repairs should be covered by insurance; POAs also have reserve funds designated for special situations (both of these are paid for, at least in part, by owners’ annual maintenance fees).

With that said, it’s important to remember that insurance rarely covers everything, and that the POA reserve is often insufficient to take care of the difference. As a result, timeshare owners will often end up paying something more out of pocket in the event of resort damage, be it for debris removal, landscaping services, or other costs that arise in the wake of a weather event.

As we noted earlier, however, resorts and owners will be affected on a case-by-case basis. Following the massive fires earlier this year in Tennessee, for instance, many interval owners were relieved to hear that they likely wouldn’t be on the hook for fees after several resorts in the area suffered damage. Other owners will tell you a different story, such as those who “found themselves on the hook for nearly $5,800 in special assessment maintenance fees” after their Hawaiian resort suffered “water intrusion.”

Some important things to remember? For one, it’s important to consider that information on matters like these will be included in the documents you receive at the time of closing; while it may be difficult to parse through the language, taking the time to research your contract and POS documents can only benefit you in the long run.

Another consideration? As Rob Webb, treasurer of the U.S. Timeshare Trade Association, points out to the Sentinel, a failure to make the due dates on your assessments and fees could affect your ability to take advantage of your timeshare, “even if [you’re] current on other annual fees.”

Have any more questions or concerns? Don’t hesitate to get in touch!