Is There a Difference Between a Timeshare and a Vacation Home? 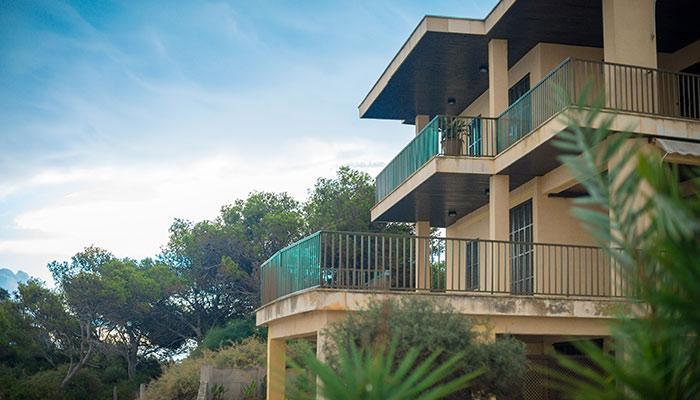 Recently, our attention was piqued by a report from CBS News entitled “When Your Vacation Home Ends Up Trapping You.”

The story and its accompanying video made for a quick and effective look at some consumer complaints about the timeshare industry, particularly focusing on how many owners feel “fed up with being unable to sell their timeshares or exit due to strict contracts,” and who turn to disreputable resale companies as a result.

And while this piece is well worth checking out, we do find ourselves rankled by the choice of language in that headline – namely, the interchanging of “vacation home” for “timeshare.”

While CBS is far from the first source to use those two terms interchangeably, the reality is that a timeshare is, by almost every definition, not a vacation home, and it is, at the very least, misguided to think of them or label them as such, for a number of reasons.

In most cases, timeshare ownership as we understand it today does not carry the same connotations or benefits as real estate ownership, and using the term “vacation home” confuses this matter greatly – perhaps, ultimately, at the expense of the consumer!

You see, even in the earliest days of the timeshare system, consumers bought a piece of deeded real estate – typically a unit in a resort condominium – that was also subdivided for time (generally, as week-long increments). Already, we can point to differences between a system of this sort and the classic idea of a vacation home, which a consumer typically owns independently, can access whenever they’d like, and may freely rent out or resell to third parties at their own discretion.

To confound matters even more, the reality is that the timeshare system today typically does not confer any sort of deeded ownership to a consumer, even fractionally! Instead, buoyed by a push for greater flexibility and exchanges around the turn of the century, most multi-resort timeshare developers today use a “points-based” or “right-to-use” system.

In theory, the timeshare purchaser still acquires a home resort interest; at the same time, this interest is expressed as an allocation of points, redeemable for use at any time at any of the developer’s various resort locations. This system, on the surface, offers the consumer greater flexibility while also benefiting the resort developers (who can now sell the same timeshare unit over and over, rather than for a fixed number of weeks).

In practice, though, point systems and values are arbitrary and subject to the whims of the developer, and the concept of the home resort primarily persists in order to justify the continued payment of annual maintenance fees and assessments, which tend to rise year-to-year, regardless of the rate of inflation. This leads us into a situation that our own Michael Finn has dubbed “The Timeshare Developer’s Dilemma.”

As a result of this dilemma – namely, how timeshare developers can continue to create some semblance of ownership for the sake of their fees and their sales, even as they move further away from tangible, “piece of the rock” ownership – many resort salespeople have adopted tactics that position timeshares as real estate investments, a la vacation homes. Their brochures use images of “JUST SOLD!” signs and their flowery language speaks of vacations to be taken for years to come.

However, the reality is that real estate offers investment and resale value that timeshare ownership simply doesn’t. Specifically, property continues to offer value even after it is purchased; in fact, it tends to accrue value as the years go on, allowing you to sell it for a profit down the line, or pass it down as an investment to your family in a will. Homes are an extreme example, but we can point to any number of things that continue to retain (or even gain) value after purchase: Paintings have resale value, as do cars, RVs, and even clothing, to an extent. There is a thriving, active, and lucrative aftermarket for each of these products, right?

But timeshares? Take a look at a timeshare message board or a site like eBay, and you’re likely to see timeshare interests being listed for a dollar or two, with the seller even offering to cover all closing or transfer fees. Take a look at an industry news site such as Inside the Gate, and you’re likely to see reports of yet another timeshare resale or redemption scam targeting consumers who are so desperate to get out from under their costly obligation that they’ll take their chances on a cold caller or a questionable website.

We’ve gotten into the reasons for this lack of value before. It’s a dense topic, worthy of thousands of words on its own. For the sake of our word count (and your eyes), suffice it to say that there are two major factors that depress the value of timeshare interests: On the one hand, you have the systematic suppression of the timeshare resale market by the resort developers themselves, who see a vibrant aftermarket as a threat to their bottom line. On the other, you have those aforementioned annual maintenance fees, which tend to climb upward, driving down the net market value of resort ownership (i.e., when you can book a vacation through a website like Expedia or Travelocity on a one-time basis, for the same or less than the costs of your annual fees, the incentives to own an interest drop toward nil, lowering demand overall).

Finally, beyond the matter of value – which is, of course, a very important matter in and of itself – there is one last question that remains when finessing out the distinction between a “vacation home” and a timeshare, one that our team has been considering more concretely of late.

Specifically? A vacation home bought through a broker and paid for with a mortgage is indisputably real estate. The deeded timeshare weeks that once defined the shared vacation ownership marketplace were also real estate. But can the current timeshare product be considered in the same category – or should it, rather, be considered non-real estate “personalty,” and thus subject to a different set of laws, including the universally adopted, in some form in every state, Uniform Commercial Code?

It’s a question well worth considering in the months and years ahead, as consumers and their advocates continue to scrutinize the timeshare industry. Until then, it is important that we continue to call spades spades – and make sure that important, nuanced matters like these don’t get forgotten for the sake of a snappy headline.