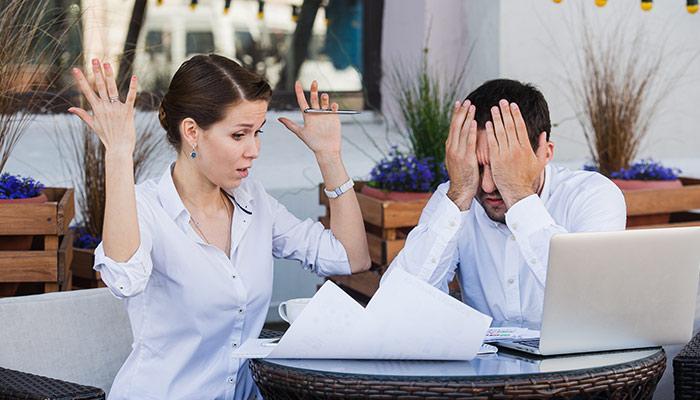 The state of Florida’s Department of Business and Professional Responsibility, including its underlying Timeshare Division, is statutorily mandated in the following regard; “…consumer protection… through education, complaint resolution, mediation, arbitration and developer disclosure.”[1] In other words, the DBPR is supposed to regulate the timeshare industry with a heavy eye towards protecting the consumer from unconscionable sales and marketing practices known to be endemic in the timeshare industry.[2] To date it’s quite fair to say that the DBPR’s efforts have been totally underwhelming, to put it as kindly as possible.[3]

Note that the DBPR’s problems are not necessarily limited to its Timeshare Bureau, which is itself a part of DBPR’s Division of Condominiums, Timeshares, and Mobile Homes. My title quote is borrowed in part from one of two articles about the DBPR in 2017 by Susan Taylor Martin, Pulitzer Prize winning investigative journalist of the Tampa Bay Times, this one published on Feb. 24th, 2017 and entitled; “Grand Jury calls Florida agency inept and ill-suited to probe condo complaints” (emphasis added – and my apologies to both Shakespeare and the grand jury for the literary license taken with my title!).

Two quotes taken from this article say it all. Quoting the grand jury foreperson, “[w]e learned that there was no requirement of prior investigative experience and no formal investigative training was offered… the investigators expressed no eagerness to root out corruption or solve problems…”[4] The panel further said; “Our clear sense is that the investigators were more intent on closing cases than solving them.”[5]

There is some positive news to report, however! The DBPR’s former chief enforcement officer has recently retired and has, coincidentally enough, found new employment in the same industry, only now switching hats and joining the developers’ side of the table, specifically accepting a consulting position within the timeshare industry itself. I’ll leave it to discerning readers to speculate where that individual’s sympathies may have been, perhaps for quite a while. Better news, his shoes have now recently been filled by a veteran DBPR enforcement officer who, bless him to pieces, does try to give the consumer a fair break.

Enough about politics, let’s focus on getting back to making the DBPR relevant again for consumers to gain their ear and assist in the pursuit of their timeshare issues!

As a consumer oriented lawyer who intends to practice what he preaches, namely to get back to filing consumer complaints on behalf of his clients’ with the DBPR, and seeking assistance for those clients who need some regulatory help, let me telegraph my punch a little, and suggest an important consumer issue that, with a little tweaking, the DBPR could easily change its present policy and come down on the side of the consumer without even devoting a minute more of their investigative resources or expending an additional iota of energy. I refer to the issue of “alternative media disclosure,” and more to the point, the DBPR’s present policy of allowing same instead of requiring the developers to provide the state mandated disclosures intended for timeshare consumers to review prior to, or at least, at the same time they’re making their purchase[6] in the same manner as all the rest of the contractual paperwork prepared, executed, and presented at the time of purchase. I speak of the same printed paper and strongly suggest that the disclosures be provided to the consumer in paper form, in instantly readable black and white for ease of immediate purchaser review, as opposed to handing a buyer a CD or tablet without offering the contemporaneous ability to review same while the closing is still pending.[7]

Dissecting the concept of “alternative media disclosure” as it applies to timeshare purchases requires some discussion about the evolution of relevant and important developer disclosures to consumers about exactly what purchasers receive when they make a timeshare purchase. Is the product exactly as it was presented to them by the commission based salesperson, or are there matters of importance that perhaps are glossed over if even presented at all during this sales process? What exactly are the rules about booking your stay? What about maintenance fees? Are they fixed? Are they due even if you don’t use your interest that year?

Given the importance of knowing as much as you can about your relatively expensive investment in future vacationing, the newly allowed practice as blessed by the DBPR of allowing developers to delay getting these disclosures to the buyers’ attention contemporaneously with their purchase seems both risky and a tad reckless to me. Allowing developers to package up important consumer warnings about the potential downsides of their purchase in the form of an “alternative media disclosure” (note the term “media” – it even sounds innocent, doesn’t it?) to be handed to the purchaser upon completion of their timeshare purchase with no added or required emphasis on the need to read and absorb these important disclosures prior to the expiration of their 5-10 day (depending upon the state of purchase) rescission period.[8] Stated another way: The hapless purchaser, without understanding the consequences of giving their consent to receiving these warnings, agrees to accept their disclosure packet, with critical information included, in the form of a CD or via receipt of an access code to a website, or perhaps they receive a mini tablet computer on their way out of their closing, with absolutely no clue as to the legal significance of what is contained thereon.

For the developer, conning the purchaser into accepting their “Public Offering Statement” via an “alternative form of delivery” format is a no-brainer – they save a few bucks of paper and ink cost, and, far more importantly, delay the time where the purchaser might actually read the disclosures, perhaps beyond the upcoming rescission “drop dead date.”

This conduct is what you might expect from the developer, but why on earth would the DBPR condone and actually bless this behavior?!

To better understand the significance of these public offering disclosures, a little history may be helpful at this juncture. These statutorily required disclosures are collectively known as a Public Offering Statement (“POS”), which historically was utilized to warn consumers who were buying unregistered stocks of the possible economic risks involved with their “investment.” These POS’s were required to be provided to the prospective buyer in writing at least 30 days prior to the stock purchase to forewarn investors of the potential risks and potential pitfalls of their purchase, well prior thereto.

Fast forward to today’s POS’s in the timeshare world. First off, of course, they are not required to be delivered until the time of purchase, because timeshare purchases are same-day transactions from introduction to ultimate purchase. Given the fact that it’s unrealistic to deliver this packet prior to the date purchase since that would-be purchaser has yet to be identified, should there not be an emphasis at least at the exact time of the timeshare purchase that the consumer purchaser is being delivered an important document that needs to be read, before the expiration of their 5-10-day rescission period, because after that, it’s too late?!

Since the POS and the rescission period are essentially the only legislatively mandated consumer remedies available, and the timeframe is so abbreviated, the DBPR must therefore require not only immediate delivery, but also in immediately readable format (i.e. a paper document just like the paper format the purchase contract is delivered to the purchaser in, yes?) Well, as we’ve read above, not at all, and, in fact, the exact opposite is the new status quo!

In fact, as indicated above, the DBPR has now approved the technique by which a timeshare developer is permitted to furnish the POS by way of what we now are advised and referred to as “alternative media disclosure”. Alternative media? It sounds like a new way to play your favorite album! So now, with 5-10 days to rescind their purchase, the consumer, who just may well be still in the middle of their vacation, needs to locate a computer with a CD drive to learn about the state mandated risks and warnings of purchase?

Is it asking too much to have the developer simply deliver the public offering statement at the same time and in the same format that they deliver the balance of the materials they provide? Why give a purchaser a copy of all the paperwork they sign at closing, and then intentionally (and apparently with the DBPR’s blessing) provide this one ‘need to read soon, if not immediately’ document required by law in a different and far more difficult to access format? The only possible logical explanation is that providing same in alternative format delays the purchaser’s ability to review same. And in many cases, human psychology being what it is, such delay becomes less priority to review and then – bingo! Goodbye rescission period! At that point, of course, a purchaser can review the public offering statement till the cows come home, because it’s now too late to act upon the warnings contained within!

Come on DBPR, is not the deck already sufficiently stacked against the consumer? Who is it upon final analysis that pays your salaries? Did you not read your statutory mandate about protecting the consumer?[9]

There are other DBPR shortcomings we could talk about (and I’ve already alluded to some) but this example of laxity, permissiveness, and obvious developer favoritism is perhaps the most egregious, and ironically the easiest one to fix, by far, without expending another investigatory minute, as there’s no investigation to do. Simply enforce the statutory requirement that the public offering statement be “delivered” in immediately readable format at the time of purchase. That cannot be that difficult, unless of course, you’re too busy working on your resume?

[3] See, for example, my article entitled “A Survey of Administrative Remedies”, wherein I report that in less than 5% of all consumer complaint filings resulted in any favorable consumer ruling.

[7] “The form of the public offering statement that is furnished to purchasers must provide fair, meaningful, and effective disclosure of all aspects of the multisite timeshare plan.” Fla. Stat. § 721.551(1).

[8] The State of Florida provides 10 days to cancel the later of the execution date, or the day in which the purchaser received all the required documents. Fla. Stat. § 721.10(1).