What "Fake News" and Timeshare Have in Common 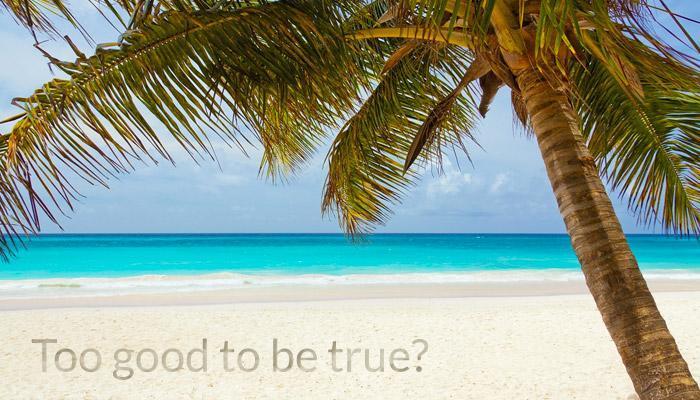 Whatever your political affiliation, you’ve probably heard of – and groaned at – the idea of “fake news.” It was the political buzzword of 2016, and it doesn’t seem to be going anywhere in the months ahead.

For anyone wondering what we’re talking about, here’s a handy primer on the “fake news” phenomenon from Vox.com. The gist of the issue is that many, many parties are taking made-up stories and presenting them as if they are from real, viable sources. While this act isn’t necessarily new, its prevalence and impact have been magnified by social media, and it’s become a huge talking point on both sides of the aisle.

The rise of “fake news” is a confounding legal, political, technological, and ethical question – and it strikes a chord with many of the stories we’ve heard from timeshare consumers over the years.

So, what do “fake news” and the shared vacation industry have to do with one another?

Like the fake news phenomenon, the timeshare hard sell is all about telling consumers what they want to hear: Easy, lifetime vacations! Flawless resorts! Easy to exchange or resell! Pass the value down to your kids!

In reality, it’s easy to debunk many of these claims, from the notion of the points-based timeshare as a real estate investment (a largely false marketing gimmick) to the efficacy of the secondary timeshare market (which is actually all but non-existent, largely due to suppressive actions on the part of major resort developers).

And, what’s more, these bold claims are given a certain level of protection. Just as the wild stories disseminated around the internet are given leeway by the anonymity of their authors and the undiscriminating algorithms of your Google search page or Facebook feed, so are the big, often dubious claims of timeshare developers protected by what Michael Finn has dubbed the “salesman’s license to lie clause.”

We’ve written about the “license to lie” clause repeatedly. In a nutshell, we’re referring to a common clause included in the mountain of paperwork executed at closing that states that the purchaser did not rely on any oral representations when making their purchasing decision.

In many ways, this clause frees up unethical salespeople to say whatever they have to in order to close the deal that day, potentially leading to situations in which a consumer signs up for something on paper that may well be diametrically different from what they were promised in the room. And given that the statutory protections for consumers – we’re speaking here of state-mandated rescission periods and the release of a Prospectus/Public Offering Statement (POS) – are largely inadequate to suit the needs of the average modern consumer, many are left “stuck” with a lifelong financial obligation and very little recourse for dispute. In other words, once the damage of misinformation is done, its effects could last for a long, long time.

As mentioned above, the timeshare aftermarket generally takes place on the fringes of the industry, outside of the direct purview of the major resort developers (who have publicly stated that they see a healthy secondary market as a threat to their bottom lines, and have behaved accordingly). So consumers looking for relief must often wander into some of the murkiest back corners of the internet, where misinformation reigns and scammers run rampant, and every claim seems too good to be true because it likely is.

The key to successfully navigating the timeshare market – before, during, and after your sale – is, indeed, quite the same as separating real news from fake. Always do your research!

Don’t be afraid to consult with a real estate or legal professional with any questions or concerns at any step along the way, and be sure to thoroughly vet any developers, resellers, exchange companies, or any other groups you may come up against in your timeshare journey with the help of the BBB and consumer protection agencies for your state.

Wherever it may be coming from, the best defense against misinformation and exploitation is knowledge and expertise.