What Should Consumers Know About the Fair Credit Reporting Act (FCRA)? 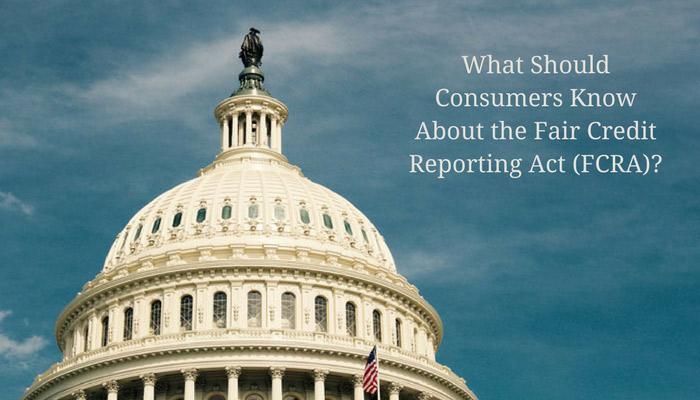 What Is the Fair Credit Reporting Act (FCRA)?

The federal Fair Credit Reporting Act (FCRA) is an extremely important piece of consumer protection legislation, one that has ramifications for consumers around the country and in various industries – including in one of our focus areas, the vacation, travel, and timeshare sector.

Here’s a quick (and by no means comprehensive) users’ guide to the FCRA – including a dive into its history, and a look at some of the protections and rights it offers to consumers.

Put most simply, the Fair Credit Reporting Act, or FCRA, is a federal law that regulates how consumer reporting agencies and other actors may manage and use your information.

What’s more, Congress stated that consumer reporting agencies had a grave responsibility on behalf of all consumers, and mandated that these agencies act with fairness, impartiality, and respect for consumers’ rights to privacy.

What Does FCRA Do For Consumers?

As such, FCRA laid out a requirement for consumer reporting agencies to adopt reasonable procedures, emphasizing the fair and equitable treatment of the consumer with regard to confidentiality, accuracy, and relevancy.

So, what does this look like in practice, from a consumer’s point of view?

Broadly speaking, under FCRA, a consumer:

Must be informed if the information in their report is used against them
Under FCRA, notice is required for adverse actions taken with respect to insurance transactions, employment decisions, or credit applications. In short, if anyone uses information in your credit report to deny you a line of credit or take another adverse action against you, they must inform you.

Has the right to know what is in their file
Consumers have the right to request and obtain the information about themselves held by a consumer reporting agency, provided that they can supply proper and sufficient identification.

Consumers are entitled to one free disclosure per year from each of the three major credit bureaus, under the Fair and Accurate Credit Transactions Act (FACTA), an FCRA amendment passed in 2003. Consumers are also generally entitled to free disclosures in other situations – such as if a person has taken adverse action against them, or if they have placed a fraud alert in their file.

May reasonably expect the access to their file to be limited
The FCRA specifies those with a valid need for access to a consumer’s information; generally speaking, information is provided to consider an application with a creditor, insurer, employer, landlord, or other business.

A consumer must also give written consent for a report to be given to employers or potential employers and must be given away to opt-out of “prescreened” offers for credit or insurance.

One last thing to remember? It’s important to bear in mind that states enforce the FCRA, and many also have their own unique consumer reporting laws – which may grant consumers additional rights. For more information on your local regulations, you may wish to contact your state’s consumer protection agency or Attorney General.

There are many more facets and restrictions to the FCRA than we could reasonably cover here, and we encourage you to peruse the full text here, via the FTC.