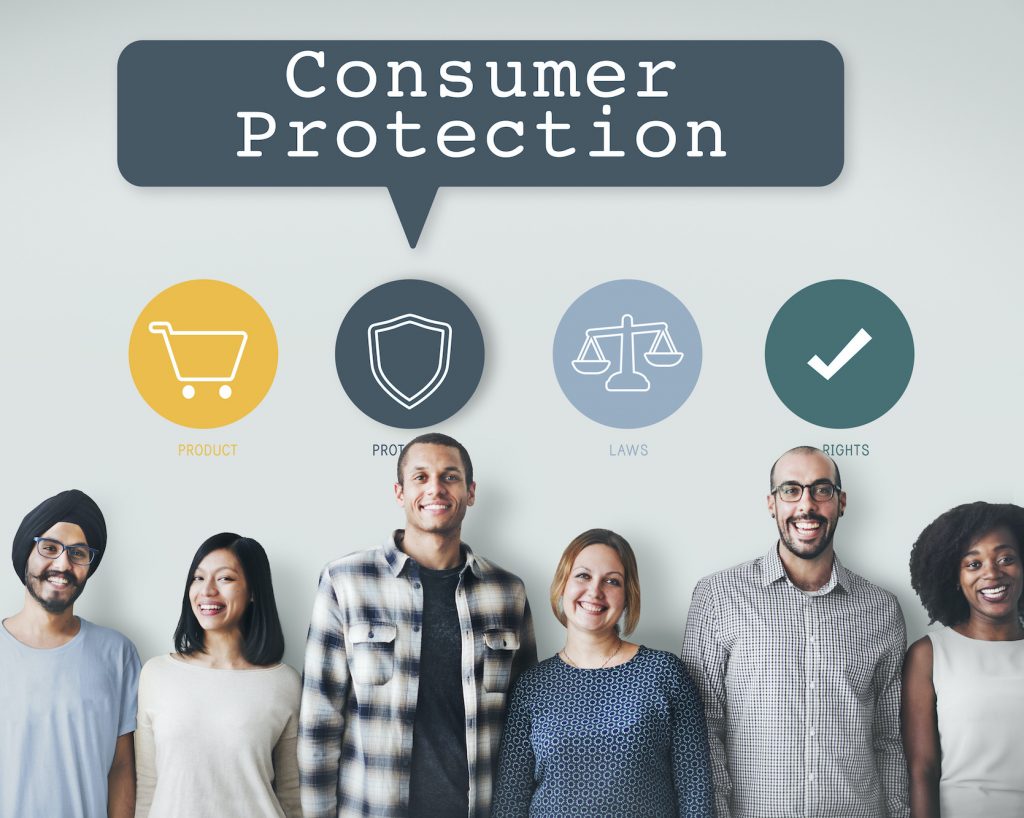 In earlier days before the advent of federal and state consumer protection laws and the agencies created to enforce them, consumers who felt they were taken advantage of, lied to perhaps, about the true nature of their purchase as to quality, quantity, or even whether or not the seller would stand behind their products or services, was always a bit of a ‘consumer crapshoot’. The Latin descriptive legal term in wide usage in those days was ‘caveat emptor’ which translated into ‘let the buyer beware’! Nowadays we have some legal protections laid down to assist the consumer. The following is a very brief overview.

1. Unfair or deceptive acts or practices in or affecting commerce

Hands down, the most universal and all encompassing of these consumer protection laws to be aware of is a federal statute created under the auspices of the Federal Trade Commission. Section 5(a) of the Federal Trade Commission Act (FTC Act) (15 USC §45) prohibits “unfair or deceptive acts or practices in or affecting commerce.” This prohibition applies to all persons engaged in commerce, including banks. Most states have also passed comparable consumer laws containing nearly identical statutory language such as Florida’s Consumer Protection law # 501.201 et seq. providing in pertinent part (3) “Violation of this part” means any violation of this act or the rules adopted under this act and may be based upon any of the following as of July 1, 2017: (a) Any rules promulgated pursuant to the Federal Trade Commission Act, 15 U.S.C. ss. 41 et seq. (b) The standards of unfairness and deception set forth and interpreted by the Federal Trade Commission or the federal courts; or(c) Any law, statute, rule, regulation, or ordinance which proscribes unfair methods of competition, or unfair, deceptive, or unconscionable acts or practices.

The state statutes are more relevant than the federal for most consumers, as it is the state agencies like the Attorney General’s Offices of Consumer Protection that will more likely become involved on behalf of individual consumers. The Federal Trade Commission typically acts as an oversight agency and the state agencies (as may be seen by the quoted language immediately above) are intended to be more consumer accessible.

Other consumer protection laws are important for the consumer to be aware of as well, and again the federal government leads the way with the states typically following suit. The Fair Debt Collection Practices Act is a significant federal statute to be aware of as it gives consumers a goodly amount of protection from debt collection agencies who are well known to get quite aggressive while attempting to collect a consumer debt. This federal law applies equally within all state jurisdictions. This is an important law for consumers because even as you are challenging a transaction that you feel was deceptive or unfair, and while you are awaiting investigation or resolution of that transaction (if indeed you can persuade an agency to investigate your facts), the chances are that the seller will move ahead and treat the transaction as valid on its face and therefore will likely aggressively pursue collection. Refusal to pay a so-called debt that you feel was obtained fraudulently will be a smoother path if know your rights, specifically as to how to maintain your challenge without succumbing to creditor collection tactics seeking to collect. You may even want to consult with a lawyer at this juncture, as lawyers can, via this statute, insulate you from harassing collection efforts.

The third consumer protection law in this trilogy that you should be acquainted with, is another federal statute known as the Fair Credit Reporting Act (FCRA). In following the pattern I’ve established within this article, the first law referenced provided you the statutory language and the standard for what can be deemed a statutory violation; the second provides information about how to continue protesting the disputed transaction if the company ignores your dispute and the investigative agency you’ve complained to has yet to provide assistance; and the third provides a mechanism to continue to dispute the transaction even after it ends up on your credit report. Consumer reporting agencies must correct or delete inaccurate, incomplete, or unverifiable information.

The first step, if you suspect or have been advised that your credit score has been negatively impacted by a transaction that you are continuing to challenge, is to directly obtain a copy of your credit report. You are entitled by law to obtain reports from the three major credit reporting agencies (CRA’s), Experian, Equifax and Trans Union, free of charge on at minimum, an annual basis. Since a very significant percentage of consumer credit reports do contain inaccurate information, monitoring yours, disputed transaction or not, at least annually, is strongly recommended! Disputes are relatively easy to file and the creditor is then obliged to investigate and respond to the CRA inquiry timely, and unless re-affirmed, that disputed or inaccurate report must be corrected or deleted from your report. You may order your three agency credit reports online at www.annualcreditreport.com, free of charge.

As there is far too much ground to cover in this very short summation of the many consumer protection laws, and self-help procedures available to you. I hope I have hit some of the high points and encourage you to dig deeper if you suspect that you have a consumer-based issue that needs attending to.