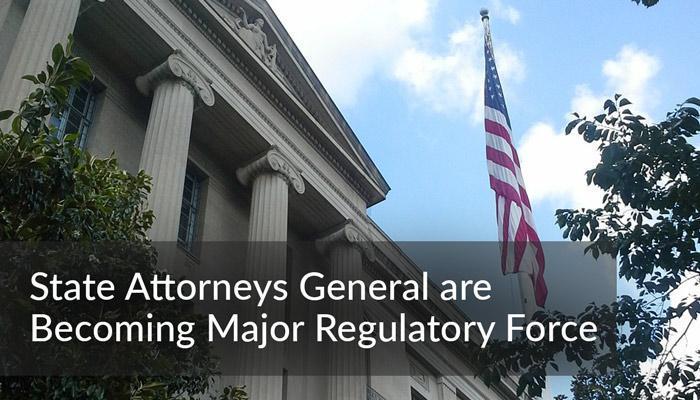 In a time when it seems like the watchword at the national level is “deregulation,” and when the Consumer Financial Protection Bureau (CFPB) routinely faces threats to its key achievements – not to mention its very existence – it seems fair to ask: Who in the government is still actively looking out for the little guy?

When it comes to consumer protection matters, increasingly, it is state-level attorneys general who seem to be picking up the proverbial slingshot, as Daniel R. Suvor recently noted in a great piece for The Recorder, a legal news and analysis publication.

As Mr. Suvor – who previously served as chief of policy and senior counsel to former California Attorney General Kamala D. Harris – puts it:

“In recent months, there’s been steady drumbeat of news from state capitals across the country as state attorneys general take on an ever-increasing role in consumer protection, often banding together to form multistate committees that investigate and punish wrongdoing. In the process, these elected officials have become the private sector’s most feared regulators.”

Certainly, there have been more than a few achievements from state A.G.s worth spotlighting in recent months.

One of the first that springs to mind comes from a multistate committee of the sort Mr. Suvor describes above: After a concerted effort by 31 state attorneys general, the three major credit bureaus began dropping certain negative public records (including tax liens and court judgments) from credit reports earlier this summer, after pressure from consumer watchdogs led the bureaus to adopt stricter criteria for identification.

As a result of this effort – which also had the effect of lengthening the reporting period for medical debts, which are often inaccurately blamed on the consumer, rather than insurance companies or billing systems – it is expected that around 12 million Americans have or could see their FICO scores jump by 20 points, while nearly 700,000 others may see their scores improve by 40 points.

Another major A.G. accomplishment – in the timeshare sector this time – comes out of New York, where, as Mr. Suvor notes, the attorney general has broad authorization “to conduct investigations” and “bring civil or criminal actions against alleged violators” of the Martin Act, which, “broadly regulates the advertisement, issuance, exchange, purchase or sale of securities, commodities and certain other investments within or from New York.”

That act came up in 2014, when a Manhattan Supreme Court justice barred the Manhattan Club, a Midtown timeshare building, from selling timeshare interests, withdrawing money from certain bank accounts, and foreclosing on timeshare purchasers during the pendency of an investigation by New York State A.G. Eric Schneiderman.

That case recently came to a close after a $6.5 million settlement with the owners and operators of the Manhattan Club, who, as the New York Daily News explains, used sales presentations to repeatedly make false claims about pricing and room availability to consumers. In addition to paying restitution to affected consumers, the settlement also forces the owners and operators to relinquish management control of Manhattan Club and bars them from the timeshare industry.

And there’s even precedent for state attorneys general taking up the regulatory mantle on the national and international level, too, as Mr. Suvor notes, citing a 2015 case out of California.

In all, this is a must-watch trend for businesses and consumers alike. Since the Dodd-Frank Act, state attorneys general have become more empowered than ever, and, as Mr. Suvor notes, they are “almost certain to be front and center in the fight to enforce key protections in the financial, housing and educational sectors of the economy” in the months and years ahead.

This means that consumers may have a newly reinvigorated and motivated ally on their side when it comes to reporting and investigating matters of fraud and corporate malfeasance – but, at the same time, it is also important to make sure that we, as citizens, continue to hold these officials and their offices accountable, in order to prevent both negligence and overreach by these so-called “new regulators!”

As Mr. Suvor puts it:

“They will need to ensure they balance stopping bad actors, while applying their growing authority judiciously toward highly complex industries like food and drugs, securities, and telecommunications.

Where an attorney general’s office has the prosecutorial discretion, it’s important to consider whether any harm to consumers has actually occurred, or if it’s another case of regulating for the sake of regulating.”

For more information on the Consumer Protection Division of the Office of the Attorney General here in Florida, we encourage you to visit its website, here. For other avenues of consumer dispute or relief, check out Michael Finn’s survey of administrative remedies, here.