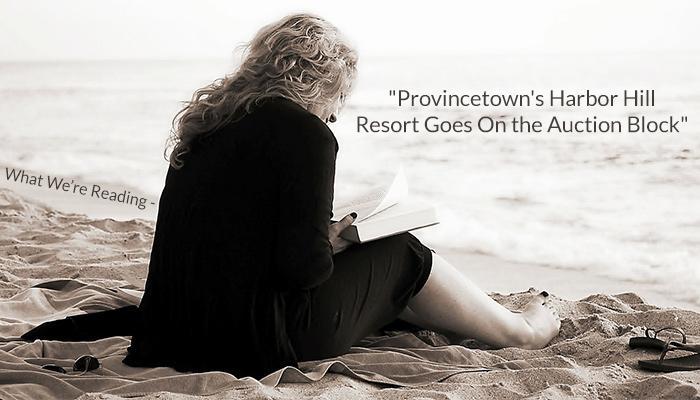 You pay taxes, keep up with your interest payments, and stay on top of your timeshare maintenance fees and assessments every year. But how closely are you following what’s happening at your home resort? How can you track and ensure that your resort payments are actually going where you think they’re going?

These are tough questions to answer, we know, but they’re important nonetheless. The consequences of ignoring or being kept in the dark with regards to what is happening at your resort can be dire, as owners and trustees at Harbor Hill in Provincetown recently discovered the hard way, according to this report from the Provincetown Banner.

According to the confession and as reported, Donna Zoppi took several personal trips and purchased a horse for her stepdaughter, as well as club-level seats at Gillette Stadium, and attended the Westminster Kennel Club Dog Show in New York City.

Through a number of steps, the property manager was able to disband the board of trustees, ensuring that no one had oversight over her activities, according to a prosecutor with the attorney general’s office.

The 26-unit condominium and timeshare resort is going up for bulk auction following allegations from several trustees that fraudulent actions by a former manager, Donna Zoppi, forced the development into bankruptcy. Aside from personal expenditures, Zoppi also took other actions to shield.

An investigation by Harbor Hill’s board of trustees found that, though timeshare holders paid taxes on their intervals, Zoppi withheld taxes from local and federal governments; according to reports, “the resort owes the town $230,000 and the federal government $320,000.”

“Zoppi had allegedly been repurchasing timeshare intervals on behalf of Harbor Hill and reselling them to new owners while diverting the profits away from the resort. Court documents do not indicate where the money went. The deeds for many interval ownership transfers had not been recorded and some were never signed. Zoppi also failed to maintain proper business records, including ownership lists and financial records. Employees were not paid and telephone services were about to be cancelled, the documents say.

“The property also had substantial deferred maintenance issues and no capital reserve account had been established. The building needed new roofs, there were structural issues and the furniture and fixtures hadn’t been replaced in decades,” according to court documents.”

The property’s management firm closed Harbor Hill’s operations and filed for Chapter 7 bankruptcy back in August. The bankruptcy trustee, Boston attorney Warren Agin, is now seeking a single buyer for the property at auction, which he tells the Banner will help to “ensure transparency and valuation certainty” and offer “the greatest chance of recovery for the interval owners.”

As Ward reports, Agin plans to pursue a termination of the timeshare association, pursuant to Massachusetts law, so that the property can be sold “free of timeshare ownership interests.” However, this can only be accomplished if 80% of interval owners consent to a termination agreement. Assuming they do so and a sale is successful, any proceeds will be distributed to interval owners only “after payment of claims and the estate’s administrative expenses.”

It’s a compelling story, one that highlights how responsible timeshare consumers may be forced to pay for the sins of mismanagement from on high. For the full story, we encourage you to read on here. For more details on the auction, a press release is available here.

In the end, the town won the timeshare property with an $8.1 million bid at a bankruptcy auction in with plans to convert it to a market-rate community housing project, the first of its kind in the state.

This article is for informational purposes and is not to be considered legal advice. If you need legal advice regarding HOA and timeshare management issues, you should consult a timeshare attorney.

Led by attorneys Michael D. Finn and J. Andrew Meyer with over 75 years experience, the Finn Law Group is a consumer protection firm specializing in timeshare related matters. Contact us for a free consultation or for more information, visit our website or follow us on Twitter.