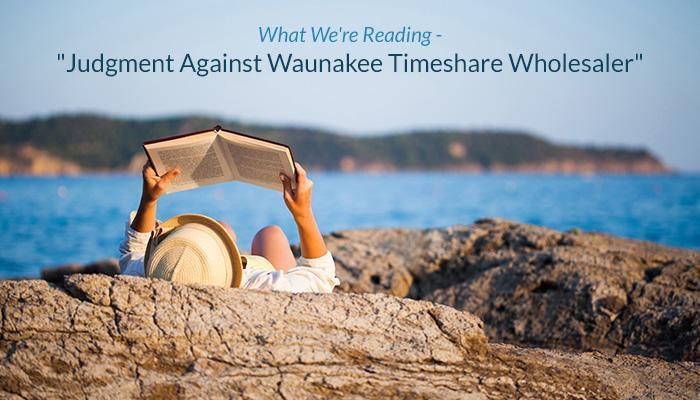 One such “Viking Ship” scam involving timeshares came to a close in Wisconsin recently, with a consent judgement coming down against a Waunakee businessman, Uri Fried, and his companies, The Timeshare Group and The Timeshare Company, according to the Wisconsin State-Journal.

According to the State-Journal, Fried was accused by the state of Wisconsin in 2015 of “violating consumer protection laws in marketing and selling ‘timeshare transfer’ services nationwide.” State regulators also accused Fried of “making repeated false, deceptive and misleading statements and practices in marketing via postcard and video and the internet.”

The details of the scam? According to the civil complaint, Fried set up 24 “Viking Ship” LLCs, intentionally using names that sound like names of real people; these fronts would process “tens of thousands” of timeshare transfers from owners looking to break free from “legal obligations quickly and easily, in return for payment of a fee,” according to a complaint cited by the State-Journal.

Meanwhile, “those units racked up bills to resorts that were never paid,” according to the State-Journal. Even when resorts refused to authorize transfers to Fried’s LLCs, he would continue to solicit timeshare owners at those resorts.

The consequences of all of this? Per the State-Journal:

Fried is barred from the timeshare business and he has to return the timeshares to resorts, if they want them back, the complaint said.”