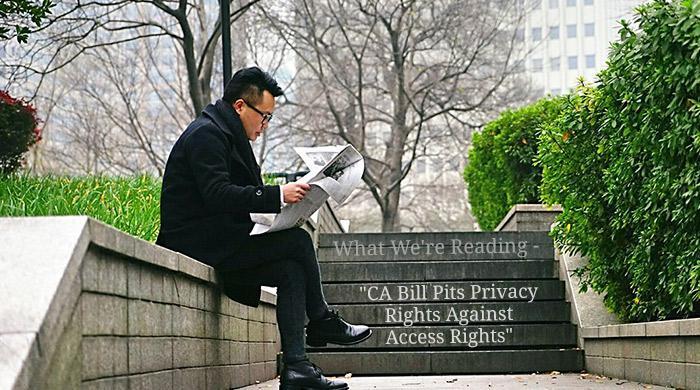 Privacy vs. disclosure. Transparency vs. security. Consumer access vs. management control. These are some of the key debates that have been broiling within the timeshare industry for years, and a recent court process in California brought all of them to the surface, as TimeSharing Today reports.

The bill in question is Assembly Bill 634, introduced all the way back in 2015 by Assemblyman Ian Calderon and sponsored by the American Resort Development Association (ARDA), the organization that lobbies on behalf of U.S. timeshare developers.

As Jeff Weir, the chief correspondent at RedWeek.com and a frequent contributor to TimeSharing Today, explains, the bill’s stated purpose was “to redefine the process by which owners can access member rosters in order to communicate about legitimate association business, most typically election contests and proxy issues.”

“The question at hand,” Weir writes, “is whether the process enables communications — or makes them impossible.”

Developers and HOA boards are required by various state and federal laws to protect the privacy of their resort owners’ data – lest the information fall into the hands of timeshare scammers or other third party organizations eager to solicit the roster of owners for business. At the same time however, timeshare owners have long been advocating for greater access to such owner lists, for the purposes of improved owner-to-owner communication, which would, in theory, empower owners to, as Weir puts it, “start communicating and organizing, on their own, to investigate issues at their resorts.”

This issue is particularly thorny in California, where an appellate court ruled in 2010 that an owner “had the right to inspect, copy and use membership rosters to communicate with other owners” about petitioning to change bylaws at her resort. We encourage you to read more about that case here.

In short, AB 634 sought to once again redefine disclosure requirements in the wake of that landmark ruling, largely shifting the power back to the management companies. As Weir explains:

“Under AB 634, a timeshare owner would have to submit a request-to-communicate to the board and/or management company, then pay for the ‘reasonable’ cost of sending (or emailing) that communication to members of the HOA. The board and/or management company would also have to determine that the communication involved legitimate association business… The bill also provides an appeals procedure for members to go to court to compel disclosure of owner records.”

While ARDA endorsed the bill and framed it as a consumer protection measure, critics have been quick to point to the imbalance of power (in favor of the management companies) that the bill would create.

But just what’s happening with AB 634 today? As Weir writes, the bill,

“passed through the California Assembly on a 79-0 vote. But it stalled in the State Senate, languishing for months in the Senate Judiciary Committee, which is chaired by Sen. Hannah-Beth Jackson, a Santa Barbara Democrat and former prosecutor who was elected in 2012.”

After several months and a public hearing, Jackson – herself a timeshare owner – directed the committee to amend the bill with the author’s consent, and recommended a “do-pass-as-amended” vote. Calderon, however, was unhappy with the amendments to the bill, which “ still authorizes sharing ownership roster-information with other owners.” Shortly thereafter, ARDA abandoned the bill, and Calderon gutted AB 634 of all timeshare-related language.

If nothing else, this case is a fascinating look at just how “the sausage gets made,” so to speak, when it comes to the timeshare industry – and how tricky it can be to balance consumer’s rights against the needs of a sprawling, multi-faceted industry.