What Happens to a Timeshare In a Divorce? 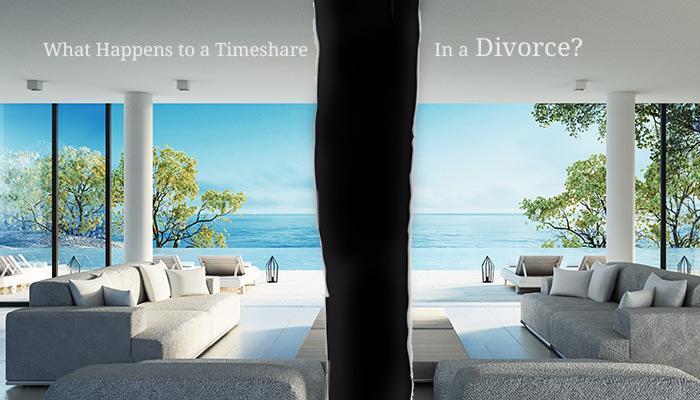 Timeshare marketers are often quick to target newlyweds on honeymoon, luring them in with the promise of an affordable lifetime of vacations. But when the honeymoon phase is over, and the couple decides to separate or divorce, what happens to that timeshare interest?

If two divorcing clients own a timeshare, they may believe it has value – perhaps they were suckered in by the (largely false) claims that a timeshare has value as a real estate investment or as a special tax deduction – and thereby include it in a list of assets. As such, it may be that one spouse or the other has already positioned the timeshare on their side of the ledger in terms dividing up their marital assets.

In many cases, the spouse who placed the timeshare interest in their “want” column should be able to receive it without much of a fight, particularly if the other spouse is not as enamored with the resort, or perhaps if their legal team holds the sentiment that these interests are more of a liability than an asset. Beauty is in the eye of the beholder, and for every spouse who wants to hold onto a timeshare, there will likely be one who would, in fact, be thrilled to see it be taken off their hands so conveniently.

And what happens when the other shoe drops, after the ink is dry on the divorce decree and the “taking” spouse decides he/she isn’t using or can no longer afford the timeshare interest? It turns out that, in many cases, the former spouses will still be united when it comes to facing their timeshare obligations. What do we mean?

If there is still an underlying loan balance on the interest, the fact that there’s a divorce decree awarding the timeshare interest to one of the spouses, in many cases, will not necessarily deter the resort from going after either or both of the purchasers for any unpaid balance. It’s often a shock to folks when they come to find out that the third party divorce decree is only binding on the parties, and not to the third party resort.

If the timeshare obligation is, in fact, a deeded interest and one spouse transfers their interest via deed to the other in the divorce proceedings, that may mean the transferor spouse can avoid ongoing maintenance fees, since they’ll no longer be an owner. That distinction will not, however, save the transferor from the underlying promissory note if there’s still an unpaid balance. Under those circumstances, an indemnification clause in the divorce decree should at least gave the transferor a claim against the transferee, should the transferor be chased by and consequently paid out monies to the resort.

Divorce can be a tricky and taxing legal process in the best of circumstances, and it is only made harder when compounded by the fraught, obtuse obligations that come with a timeshare interest. And for those who wish to “get rid of” their timeshare, or at least recoup their investment, before or in the midst of a divorce, there is often a period of rude awakenings, when it becomes clear that the secondary market for timeshares is often shady or all-but non-existent, that scams are prevalent, and that redemption companies can be slow to act or extremely costly, and generally offer no guarantee of success.

In many cases, the best route is to work with an attorney experienced in achieving timeshare cancellation by means of direct resort negotiation, state and regulatory filings, and litigation.