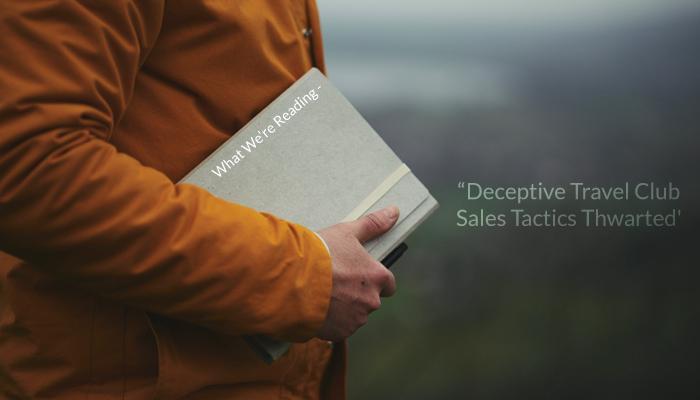 Our home state of Florida is one of the most popular vacation destinations in the United States, thanks to its warm, sunny weather, its amazing food and attractions, and its legendary beaches. Travelers flock here from all around the country and from all corners of the world – which is why it’s always heartening to see the state take on unfair or misleading travel industry tactics.

More recently, Bondi’s office reached a settlement that “permanently shuts down” one of those organizations, St. Augustine-based Map Destinations, LLC, along with its owners, operators, managers, according to Inside the Gate, a timeshare industry news site.

Following a temporary injunction and asset freeze, “the court-appointed receiver for Map Destinations determined that the company could not be operated legally and shut the business down,” according to Inside the Gate. The terms of this month’s settlement? Per Inside the Gate:

“As part of the settlement, the travel company and owners are banned from selling travel club memberships in Florida for five years and agreed to relinquish previously frozen assets. From the dissolution of these assets, $300,000 will be made available for consumer redress. Map Destinations agreed to cease all operations and dissolve the company. The defendants are also barred from disclosing the personal and financial information of Map Destinations’ customers.”

We’ll let the Business Journal explain the original reason for the state’s complaint:

“Some consumers paid several thousand dollars for the travel club memberships that the companies claimed offered deeply discounted wholesale pricing on hotels, condominiums, cruises, rental cars and vacation packages. Once purchased, consumers reported that they could obtain the same or better pricing on other free publicly available travel booking websites.”

Consumers also complained that Map Destinations “engaged in deceptive sales tactics at sales presentations,” according to Inside the Gate.

For more on this case, including a look at several key documents, we encourage you to read on at Inside the Gate here, or at Consumer Affairs, here.