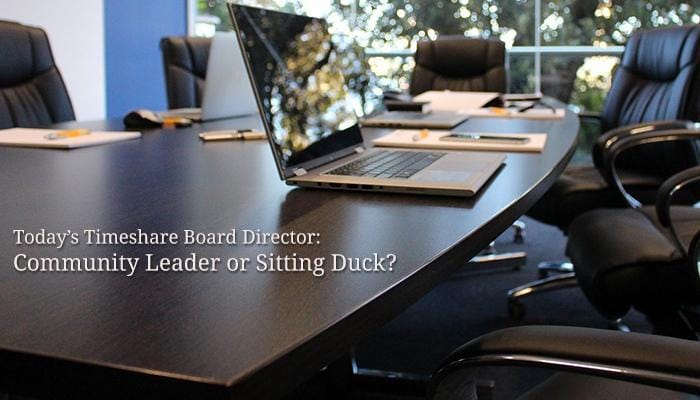 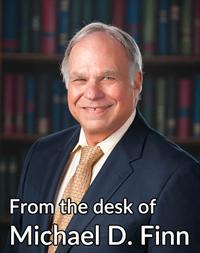 State law in Florida, as in several other states with a significant timeshare resort presence, confers ‘managing entity’ status on two completely separate and disparate entities, each with completely differing corporate structures and business models. Yet, both of these entities share identical legal responsibilities to the timeshare unit owners within the timeshare plan. Each entity, by state statute, owes fiduciary duties and has legal responsibility to spend owners’ maintenance fees prudently while using the highest standard of care imposed by law on a third party holding and disbursing funds on behalf of others with whom they are contractually pledged to serve.

Florida statute 721.13(2) imposes identical legal responsibilities on each of the two managing entities that ostensibly share functions in operating the resort, the association and the management company, by defining both as ‘management entities’. This statute elevates the money collecting, handling, and disbursement activities required in operating a resort, and thereby the entities entrusted to handle those duties, to a fiduciary standard – the same lofty level that other professional financial institutions, including banks, law firms, and stock brokerage houses, are required by law to maintain. Black’s Law Dictionary defines “fiduciary” as “the character analogous to that of a trustee in respect to the trust and confidence included in it and the scrupulous good faith and candor which it requires.” Further, Black’s defines the “fiduciary relationship” as “the trust between the agent and the principal care and responsibility must be taken for the best interest of the principal.”

To truly appreciate the legal trap created by this statute for well-meaning timeshare board directors, one need only to explore the gradual evolution of timeshare property management companies from their inception, around forty years or so ago, when timeshare resorts were new to the U.S. landscape, to the present.

Starting as single resorts with deeded interests, the timeshare industry has grown, in significant part, into multi-resort and multi-state conglomerates, so that a relatively high percentage of the industry is consolidated among a handful of chain operators. As the industry has consolidated and grown, so has the management aspect of it. Indeed, many management companies have become integrated into the larger chains as subsidiary components of the resorts themselves. Although there are several independent management companies still in place, it is fair to say the larger chains have mostly shifted to the internal format of operating their own subsidiary management companies within their existing corporate structures – effectively bringing a separate revenue stream directly into resort developer based operations. Along with increased revenue, this consolidation brings additional knowledge, influence, and “muscle power” into the corporate fold. This new exercise of strength can easily upset the balance of power that previously existed between the association and the management company.

Historically, property owner associations were created to oversee the operations of nearly all multi-owner occupied properties (timeshare or otherwise). Timeshares were initially created as condominiums, with individual property interests further divided into units of time (interval ownership if you will). More recently, many timeshare interests are being marketed as “right-to-use” personalty, as distinguished from deeded time-sharing intervals. These ‘right-to-use’ interests have retained the association-based oversight concept to preserve the illusion of owner-based empowerment and ownership in an effort to further justify the ongoing practice of requiring “maintenance fees” on resort properties no longer “owned” by individual owners.

Associations are structured as non-profit organizations that elect, via their voting members, directors who serve a term of years and who, in turn, elect officers to efficiently and prudently oversee the operation of the resort property. Bylaws, rules, and directors resolutions are the mainstay documents that establish the association’s authority. Typically, there is a pre-scheduled annual meeting where voting members cast their ballots for directors, with the candidates who gain the most votes being elected. Newly elected directors then elect a slate of officers who, in smaller organizations, like a typical POA, usually include the voting directors themselves among their number. Generally, there is a pre-determined agenda of other business that is covered in the annual meeting, as well. Thereafter, it is the officers who are theoretically responsible for the day-to-day affairs of the resort, with the power to do so essentially vested in the office of the President. As noted, this legal responsibility is shared, ostensibly, with the management company.

In the days of deeded interests, developers were required to turn control of the association over to the owners after a certain percentage of units were sold to individuals. Although turnover of control issues are a bit murkier with the newer right-to-use format, it is safe to say that regardless of whether or not the developer can ultimately retain control of the board, their workaround has become stringently-worded management contracts that control all aspects of management function, leaving the board with little to no significance or power, paper tigers as it were – empty symbols of what they once were in terms of resort oversight.

With the rise of the larger corporate resort chains and accompanying ‘in-house’ management firms, the association’s ability to shop for a management company is essentially eliminated as they will be compelled to accept the developer’s internal subsidiary. Management contracts typically have clauses contained within them making it very difficult to displace them. Most are automatically renewable and cannot be terminated without a vote – a vote not by a majority of the board, but by a majority of the membership! This is often an impossibility, given the proxies for existing management in place and the traditionally low turnout of voting members at annual meetings. Add to this the difficulty of a board member actually attempting to oversee the daily management functions as carried out by the in-house management company. Most management contracts have a clause that prevents any “active interference” by any board member in any ongoing management activities. Imagine how difficult it would be to attempt any meaningful oversight with a clause like that in play.

Finally, when considering the fact that the management companies have assumed, via their contracts, literally all operational duties essential to the resort, including proposing the annual budget, member assessments, billing and collection, all hiring of operational personnel, and all hiring of professionals, etc., it is hard to quantify what duties, if any, are left over for the association. If there are no further duties, and overseeing has become a potential management contract breach, one wonders if the association concept, at least within the larger resort operations, has outlived its usefulness.

So why, one might ask, is any of this important or even particularly relevant to a timeshare owner? After all, the management company is presumably doing a fine job and doesn’t really need any oversight by a cumbersome association, does it? Well, recall that the association is a nonprofit entity made up of fellow owners who are interested enough to seek election to an office without compensation (usually) and therefore can be assumed to be well-meaning owners who care about their resort. Contrast that with the for-profit, developer-subsidiary management company who now has unfettered control of resort spending without oversight checks or balances. As an owner, one may not feel that is a good resolution.

Remembering that the focus of this article is on the hapless director, consider how and why an innocuous state statute (F.S. 721.13 (2)) that is obviously well intended can, and, perhaps, should strike fear in the heart of an association board director. Said statute, in pertinent part, provides “…both the Board…and the…management firm shall be considered the managing entity…and shall be jointly and severally responsible for the faithful discharge of the duties of the managing entity.” (Emphasis supplied). It is clear the statute presumes that both the association and management company are involved in the management of the resort and that a system of checks and balances are in place, ensuring the owners’ best interests are overseen by the two entities, one strictly owner based.

In conclusion, the injury component (possible litigation for mismanagement) added to the insult component (stripping away all power to do anything) ought to make the poor director feel like not only a paper tiger, but one with a huge, red bullseye painted on his or her back. One might be tempted to think that a well-meaning attorney (perhaps even the author of this article) who was about to engage in litigation against the managing entity of a resort for alleged mismanagement practices would analyze the facts and conclude that the board of directors, having had no active role in the perceived mismanagement, bears no responsibility and ought not to be named as a defendant in said litigation, showing mercy to the hapless, helpless association, instead. However, not to do so may be an act very close to legal malpractice, given that the statute holds both entities to a fiduciary standard.

Arguably, the very failure on the part of the association to make every attempt to oversee how the owners’ money is being spent and to sound an alarm in instances of impropriety is actionable, in and of itself, under the statute. As such, failure to include all appropriate parties would likewise more than likely be actionable malpractice.

Advice for directors in this position? Develop an oversight strategy, implement it if you can, or think about tendering your resignation if you cannot! It is safe to predict that, absent an adequate system of checks and balances, maintenance fees will continue their upward spiral and directors will begin to abandon ship!